Have your SD cards been filling up and collecting over the years? If so, you’ll eventually want to offload those photos and files. And... 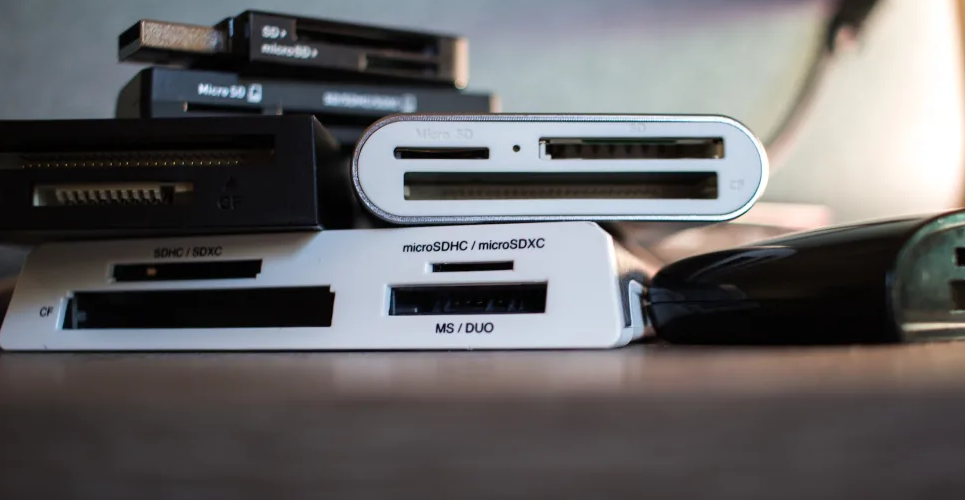 Have your SD cards been filling up and collecting over the years? If so, you’ll eventually want to offload those photos and files. And the best way to do that—if you don’t already have a card reader embedded into your computer or laptop—is to buy one that connects externally.

Card readers come in all sorts of shapes and sizes, with all types of connectors. They don’t just read SD cards; some can read microSD cards, CompactFlash (CF) cards, and even Sony’s Memory Stick Pro Duo.

To find the best SD reader for your machine, we tested those that connect either via USB or by way of USB Type-C. The latter is a type of connection standard that’s become more widely used, and many Apple laptops, Chromebooks, and Ultrabooks only come with this kind of port.

After calculating speed times for eight of the best SD card readers on the market, we discovered our favorite is the Unitek Y-9324BGY (available at Amazon for $15.99). Not only did it hail some of the fastest write speeds from the batch of readers we tested, but it also offers a multitude of connection options. The Unitek is a worthy card reader for anyone who needs to get their data off of a memory card.

Here are the best SD card readers we tested, in order:

Sure, the model name doesn’t exactly roll off the tongue. But this Unitek card reader is the best option for anyone who needs a universal card reader for a device with USB-C ports. The Unitek offers consistent read speeds, and it was the fastest in our write speed tests. I was able to transfer 30GB in under eight and a half minutes. It comes with a one-foot cable that leaves room for your laptop, and it supports SD, microSD, and CF cards. It comes in two other colors, in case you’re particular about that sort of thing. Professionals and casual users alike will also appreciate its affordable price point.

USB 3.0 is not as speedy as USB Type-C, but it doesn’t mean you’re living entirely in the past. There are plenty of accessories still available with this type of connector, including our top pick from Transcend.

If what you’re looking for is a simple little adapter you can always keep on hand, the affordable Transcend USB 3.0 card reader is a fabulous deal. It supports SD and microSD and comes in three colors. The only drawback is that if your USB ports are huddled close together, the Transcend card reader might cause some crowding. Also, be wary that it has a removable cap which can very suddenly fall to the ground and wedge itself under furniture somewhere.

My name is Florence Ion, and I’ve been doling out professional buying advice for nearly a decade. I’m also a devoted Chromebook user and am often looking for USB Type-C accessories that can help transfer photos back and forth from my DSLR.

I bundled together nearly 30GB of varying file types, including RAW images, JPEGs, GIFs, ebooks, text files, Word documents, and videos to test the write speeds of each card reader. The test was split up into three stages: moving over 10GB of data, then 20GB, and then nearly 30GB. The tests were conducted three times apiece, each time measured by a stopwatch, and the final results were then averaged to determine each card reader’s top write speeds.

To test the read speeds of each card reader, I used a program called USB Flash Benchmark to measure the USB 3.0-connected card readers on PC and Xbench on the USB-C card readers tested with the Mac. The SanDisk Extreme Pro 32GB, which tested the fastest in our SD card test, served as the benchmark for each card reader since it can handle up to 95 MB/s transfer speeds.

What to Know about SD Cards

As you’re shopping for an SD card reader, you should consider things like speed, size, and overall ease of use.

If your laptop has a USB-C port (many models these days only have one to work with), you’ll want to stick with that type of connection for your card reader. If you have a laptop with traditional USB ports, there are also two USB 3.0 options tested here.

Don’t bother with USB 2.0 card readers, as they’re generally considered an outdated standard and are much slower than what’s out now. USB 3.0 card readers are also backward compatible, so they’re worth checking out even if you have an older computer.

You don’t have to buy the card reader with all the slots. Skip the CF reader if you don’t have an older DSLR, for instance, as it will likely also save you some room. CF cards are bigger than SD cards and thus require more housing. The fewer the slots, the smaller the reader, which bodes well if you want to keep things light.

Removable cables are nice, but if you’re always on the go, consider a card reader with one that’s permanently attached. Cables can be easily misplaced, which can later cause a headache. Also, just because a card reader is small and compact doesn’t mean it offers you access to all of your computer’s ports.

Other SD Cards We Tested

Need something small and compact without the additional cable tail? The Verbatim USB-C Pocket Card Reader is undoubtedly pocket-sized, though it also offers some of the quickest transfer speeds—it’s even faster than our top pick, the Unitek, as it successfully transferred 30GB of data from the desktop to the SD card in 8 minutes. It doesn’t offer CF card compatibility, however, which makes it only a second-choice pick in our lineup.

The IOGEAR Quantum card reader has a cool name and an even cooler chassis. Its sleek aluminum exterior pairs well with any MacBook Pro or the Google Pixelbook. It offers an SD card, CF card, and microSD slot for all your media offloading needs. It’s also compact-sized, with a permanent cable that’s short enough to fold over and stuff in a jacket pocket. It’s a bit faster at transferring over large amounts of data than the other model from IOGEAR featured here, though that difference in time will cost you a few extra bucks.

Looking for a multipurpose card reader to stuff into a purse? The CableMatters Type-C Card Reader is a speedy little thing and cute to boot. It comes with a six-inch USB-C cable offering USB 3.1 transfer speeds. In the write-over speed tests, it moved over 30GB of data in a little over eight and a half minutes—that’s a few seconds more than our top pick from Unitek. It doesn’t handle CF cards, though it accepts microSD. It also comes in white.

For a no-fuss card reader that can also handle CF cards, try the IOGEAR Reader-C. It’s black, with a permanently-affixed USB-C cable that’s easy to tuck away in case you want to stuff it into a pencil pouch. This card reader isn’t the fastest of the bunch, however, as it takes about 10 minutes to transfer over 30GB of data from your desktop. But it’s affordable, and it offers that extra, elusive CF card slot.

Ugreen isn’t a particularly well-known brand nor is it a consistent performer, but it is one of Amazon’s Choice products in this product category. The UGreen USB 3.0 card reader supports a wide variety of formats, including SD, microSD, CF, and Sony Memory Stick Duo cards. Its one-and-a-half-foot cable is long enough to reach around large devices and doesn’t crowd up port space. But its transfer rates are too slow for a USB 3.0 card reader and it was no faster at moving over 30GB of files than the poorest performer, the Kingston Media Reader.

The Kingston media reader is bulky and offers slow sync speeds. This card reader can support SD cards, CF cards, microSD cards, and Sony’s Memory Stick Duo. It comes with a three-foot-long cable that can reach behind a large computer case with relative ease, though its Micro USB 3 connection is outdated and hard to replace. Its transfer speeds were far behind the other two USB 3.0 card readers featured here. It took almost 16 minutes to transfer over 30GB of data. For comparison, the Transcend RDF5K managed to transfer the same batch of files in 10 minutes and 30 seconds.